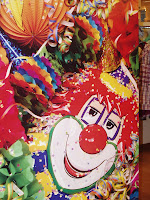 The crazy days have started again in Germany: Carnival is being celebrated with lots of parties and massive street parades.

Originally, Carnival was a tradition to fend off winter spirits. In some German regions people still wear scary masks and dress up as witches.
Nowadays it is particularly popular in Catholic areas where big feasts and parties happen one last time before the fasting of lent begins with Ash Wednesday. Karneval is also known as Fasching or Fastnacht (the night before fasting).

The week before, on Thursday, 16 February, is ladies' day, or Weiberfastnacht: women cut off the men's ties.


The main day of the celebrations is Rosenmontag (Shrove Monday). On Rose Monday, kids in the Rhineland don't have to go to school, and many people go to work in fancy dress, so you might buy your train tickets at counters manned by pigs and pirates....

On the Monday, hour-long parades with marching bands, drummers, dancers and huge floats take place on the streets of many German towns and cities. The biggest and most famous Karnevalsumzug happens in Cologne. Ten thousand people take part in the parade, and up to a million line the streets, most of them dressed up in funny costumes, dancing and singing along to the various silly carnival songs.

This year, there were hundred different floats, many of them making fun of politicians and current affairs. People riding on the floats throw confetti and sweets and flowers into the crowds! 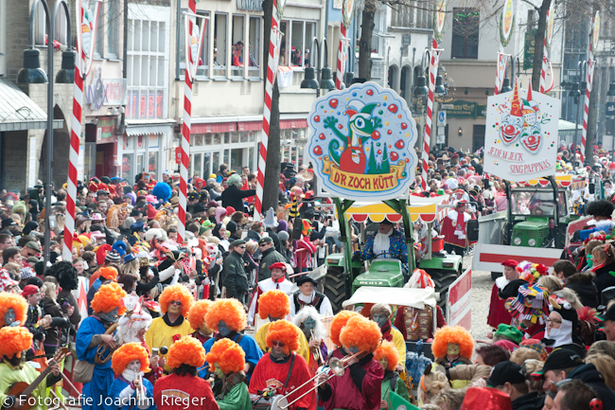 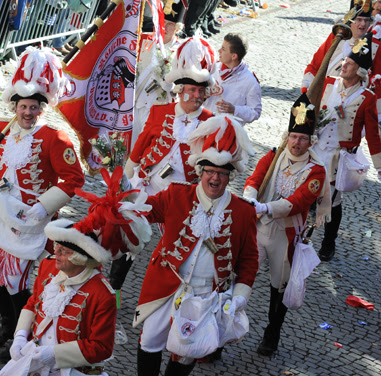 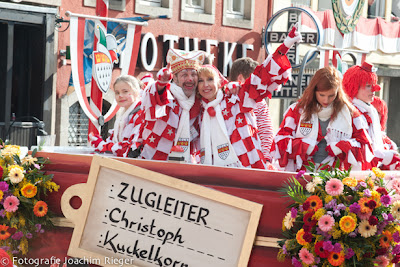 The party goes on until Tuesday night, but "am Aschermittwoch ist alles vorbei". On Ash Wednesday it's all over.

Have a look at the a video of last year's parade in Cologne:


here are some links for more info and a quiz:

here is some info in English about the Carnival in Cologne: