Around 80 year 8 students who had shown great potential in their MFL lessons as well in PE have had the opportunity to take part in a special two day cross-curricular project of handball. In both France and Germany handball is the second most popular team sport (after football) and a big part of the PE curriculum for both boys and girls, mainly because it's sheer fun - as our handball novice were about to find out.

On the first day, they had a four lessons of introduction to handball in French or German. Madame Christian and Madame Fatelli, Frau Bauer and Frau Savochkin taught the groups parts of the court, positions, instructions, penalties and body parts involved in playing the game and showed them videos of the professionals from France (the current Olympic champions) and Germany (who have one of the strongest handball league in the world). 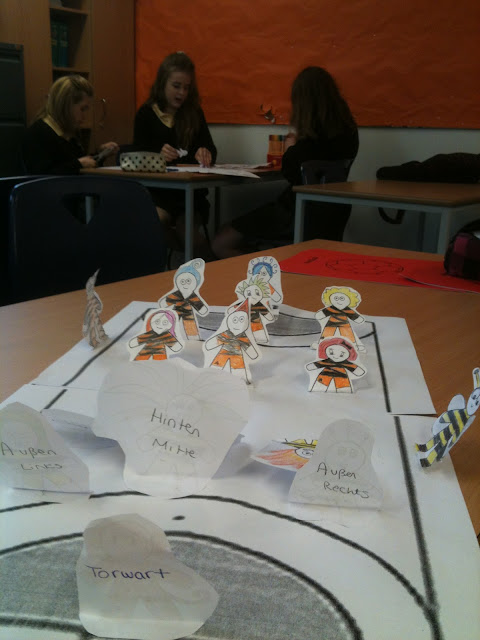 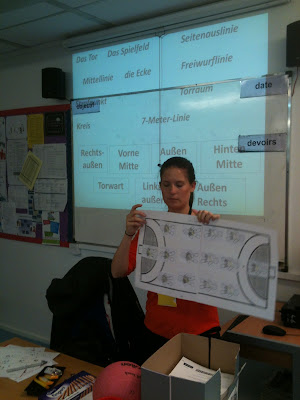 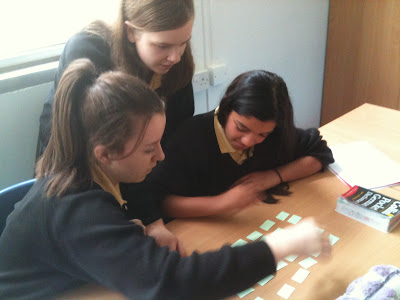 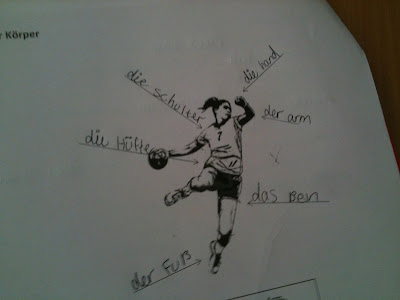 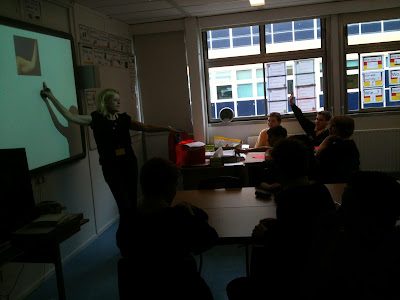 On the second day, they were coached in throwing, dribbling, passing and team play by the year 12 budding football coaches under the watchful eye of their teacher Mr Harris (whose language skills are excellent!) and Ms Mensah (who was learning fast). The French lot were encouraged to use their language by Mr Daniel, while Frau Mahler tried to get the German learners to shout Zurück! and Gib ab! (although most shouted Kebab!). And of course, our Olympian guest Dan MacMillan (see other blog entry) coached the lucky groups on Wednesday in tactics and answered questions by the Btec team about coaching and refereeing. 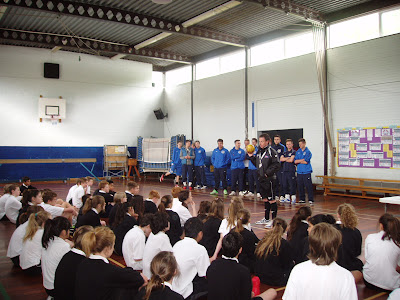 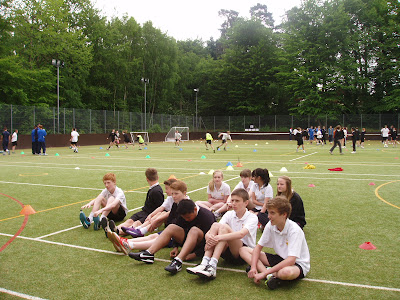 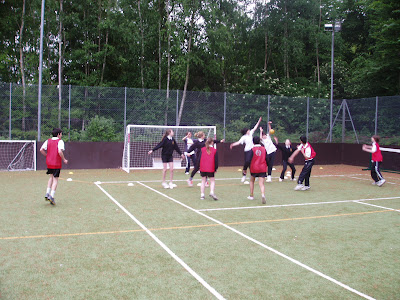 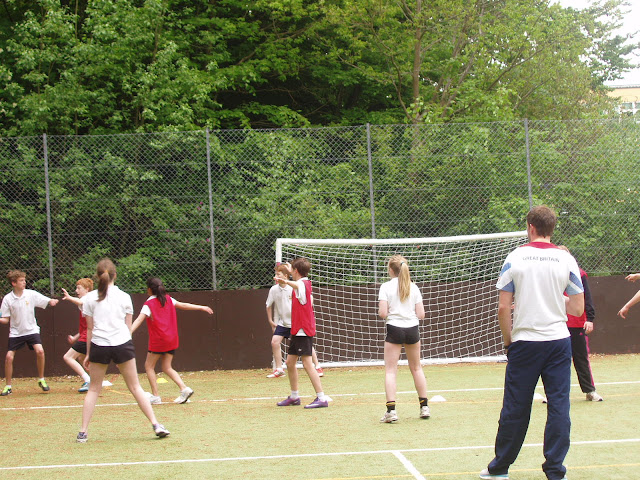 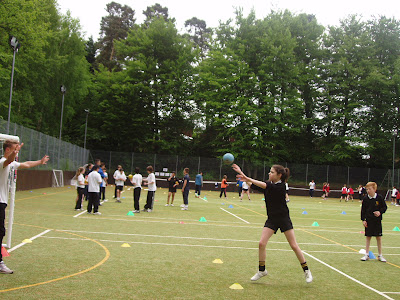 The practice culminated in a tournament of matches to show off their newly learned skills.They played really well and Dan the Olympics handball player spotted some very talented players!
Everyone had a wonderful two days of languages and sports and hopes that this project will be repeated in the future!
Do leave a comment below if you were involved in the project! 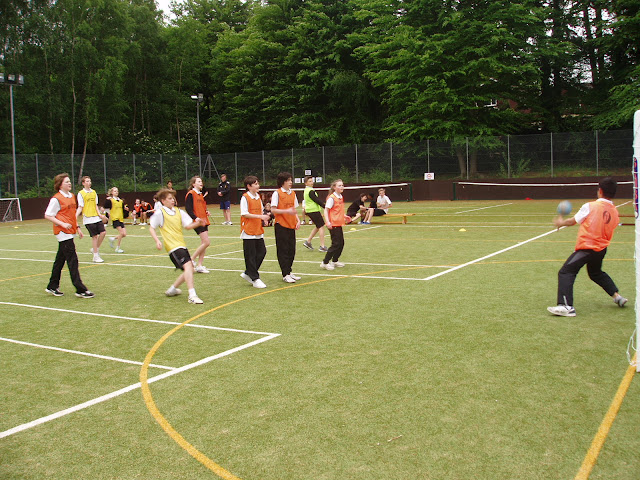 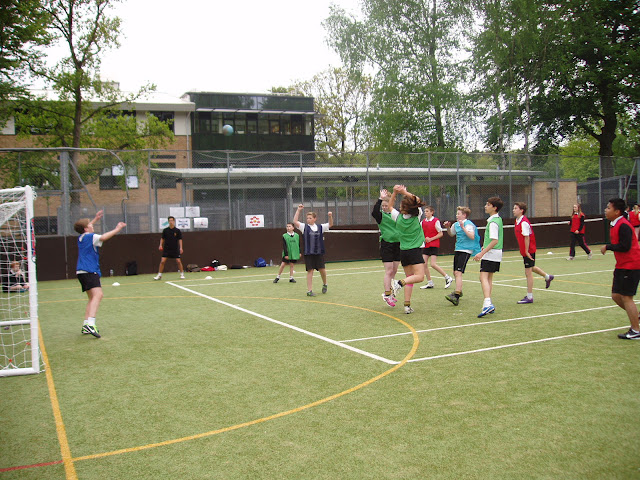 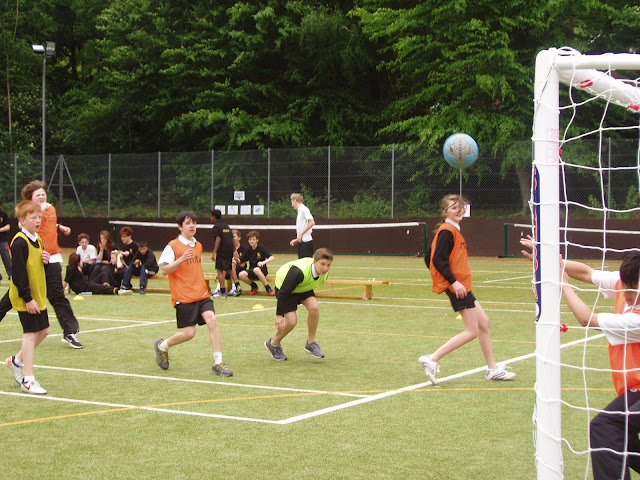 Posted by MFL Tomlinscote at 19:01