25 years since the fall of the Berlin Wall 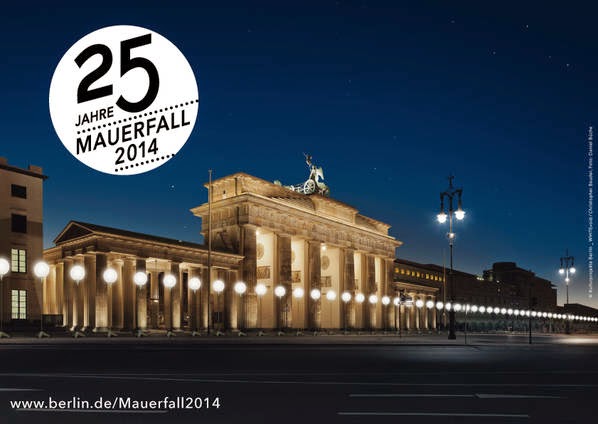 25 years ago, the wall which divided East and West Berlin was finally opened. Germany had been divided since the end of the second world war, and since 1961, a wall had cut Berlin in half, separating families and friends, keeping people from entering the free democratic Western parts. Anyone who tried was short at and over 300 East Germans died in Berlin alone when they tried to escape!

Knowing this, you can maybe understand the joy Berliners felt when the heavily guarded border check points were finally opened on the night of the 9th of November 1989. Masses were on the streets and soon people started climbing on the wall and picking at it, trying to tear it down. 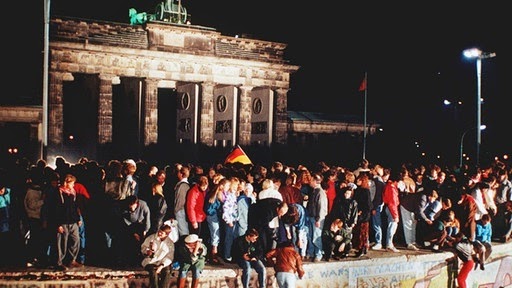 Not long after, East and West Germany were unified again and today in Berlin, you can barely see were the wall once stood - apart from a line of bricks in the ground commemorating the cruel division.
As part of the 25th anniversary of the fall of the wall, there was a chain of lit balloons along the site of the wall. On the 9th of November, the balloons were released into the night sky, dismantling the line and making it disappear, like all those years ago.

Have a look at this lovely video of the moment the balloons were released:
http://www.br.de/nachrichten/berlin-mauerfall-mauer-102.html

As a private study idea for A-Level and year 11: have a look at the time line of events from the building of the wall until its fall:
http://www.br.de/nachrichten/mauerfall-berliner-mauer-100.html

Posted by MFL Tomlinscote at 18:02