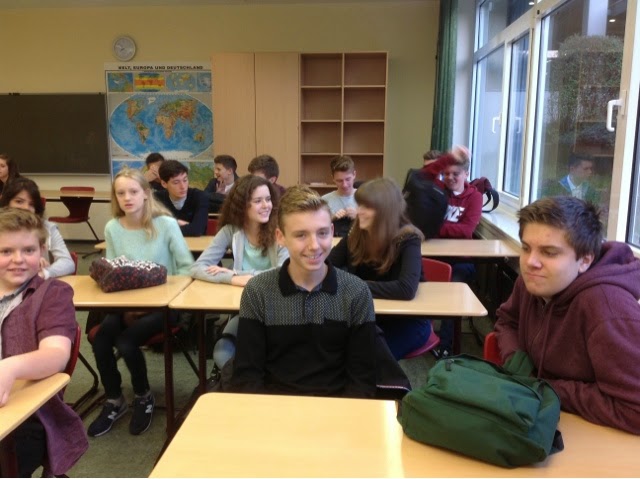 Today, we met our students again at the Robert-Bosch-Gymnasium in Wendlingen, the school their German partners attend. Although lessons started at 7.50, they managed to express some sentences in German about their weekend, telling us about their ice-skating, treeclimbing, handball watching, bowling, barbecuing and football matches. Most exciting was probably the Cannstädter Volksfest, a huge Oktoberfest-style fair with food stands and music tents, scary rides and lots of people in traditional costumes, which some of our youngsters attended with their German hosts.

Having confirmed that all are happy in their families and trying the local specialities like Maultaschen and Spätzle, we released them to join in their partners' various lessons, from English and maths to Spanish and PE. 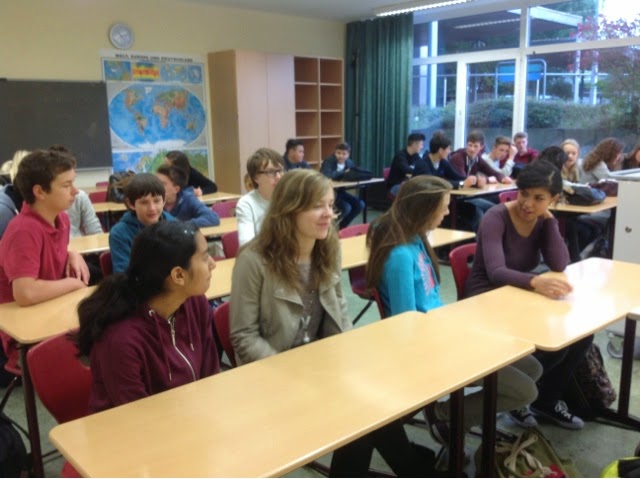 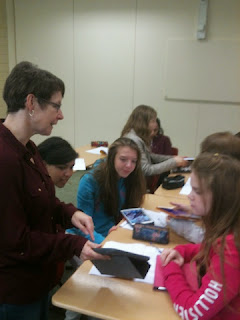 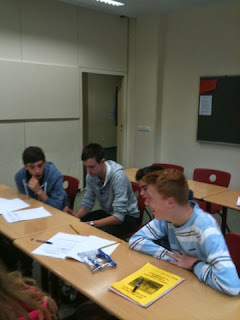 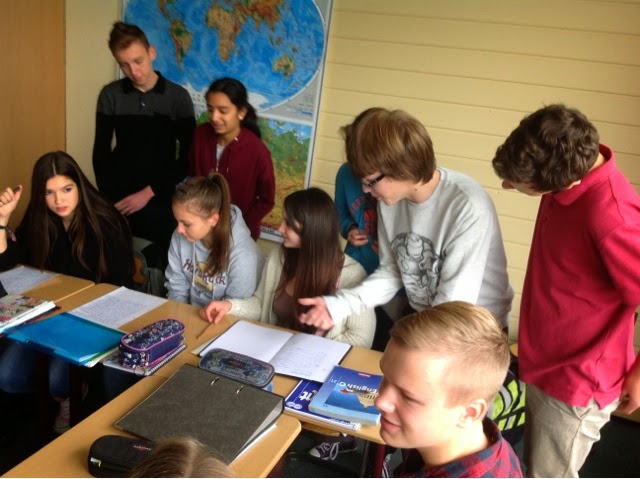 Do you notice how bare German classrooms are compared with ours? And yes, those really are black boards in the background!!

Later we were welcomed by the headteacher and later in the town hall by the mayor of Wendlingen, who told us about his town and answered questions from our students (some even in German). We were treated to cheese twirls, drinks, caps and pens, and expressed our thanks in the town's visitors book. 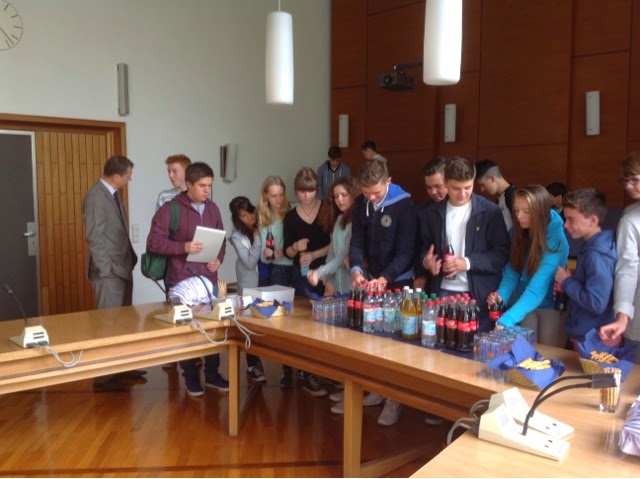 As Jordan wanted to know the mayor's opinion on a new tunnel project to speed up the train connection between Ulm and Stuttgart, we were shown a model later. 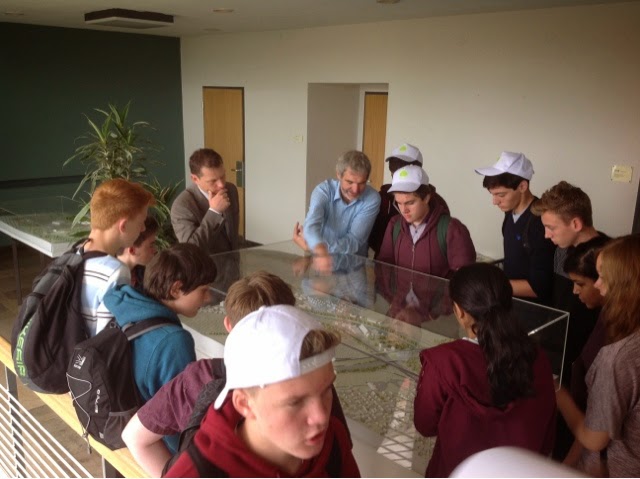 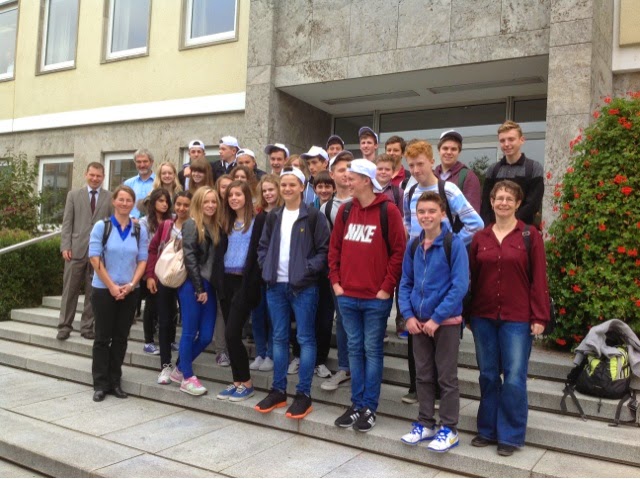 At lunch, some went home with their hosts, while others enjoyed the nice food in the school canteen, before facing afternoon lessons.
Tomorrow we're off to Ulm for some sight-seeing.... 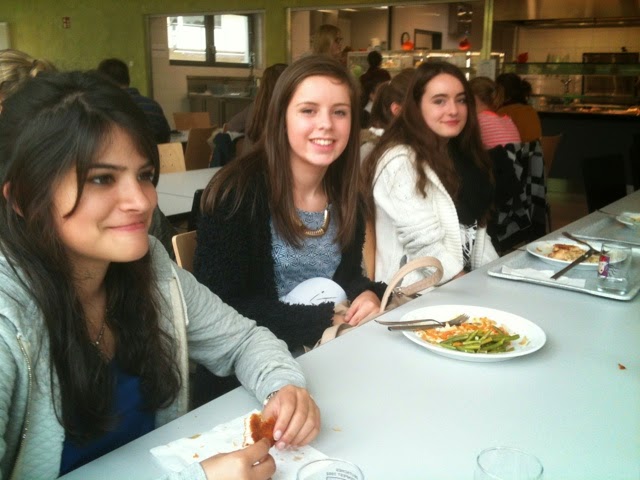 Posted by MFL Tomlinscote at 18:44