Pupils' accounts of the French trip


Here are some more pupils' accounts and pictures of the year 7 trip to France 2013.


My time in France
Harry Walton (7G) writes:
On Monday I got up for France at 2:00 to get on the coach and leave at 3:00. I was really tired but excited at the same time. When we got on the coach and we started to drive off, I waved goodbye to my mum and sat down and went to sleep until we got to Dover. Then we got the ferry and sailed to France. We got to Calais and drove for a good 8 hours. We stopped for lunch and we carried on and I listened to music until we got there and as soon we got there we went straight to our rooms and put everything where we wanted it to go and we left our room to go and play on the field for a while. 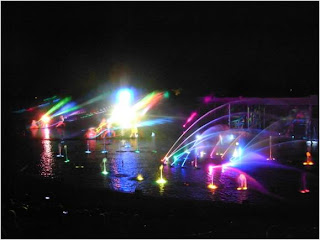 The best part of the trip was the laser show because it would put images on the water and make a story out of it and it started like a beautiful story with ballerinas and then after a while it went bad. Evil ro-bo bugs started to attack the light people and then they started to fight back and then fireworks went off to show that they had won and all the machines turned into flowers. It was over a lake in Futuroscope at night and we didn’t get back till 11:00pm. 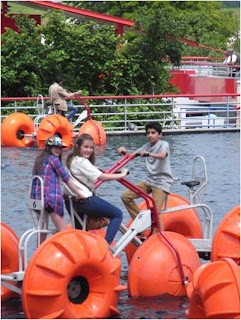 Day 2: waking up in the morning after my first night in France. We all woke and then the teacher was knocking on the door to tell us to get up. After breakfast, we all went to Futroscope for the day, a theme park with lots of rides. We went off in a group of 6. We went on all the rides and my best ride was dancing with the Robots: it was so much fun, we could pick levels up to 3 and my friend knows I don’t like rides so he picked level 3. After that I loved the ride. I wish there was a level 6. In the evening we went to the laser show and I liked it because the lasers were on the water and there were really cool special effects.


Day 3: our teacher waking us up once again, getting ready to go to the town Bordeaux and the trip on the coach was 2 hours - that was really long. When we got there, I was excited because I had never been to a French town and it looked beautiful and I bought a few things for my mum and dad. In the town I spent 20 Euros because I thought there were lots of good things there. 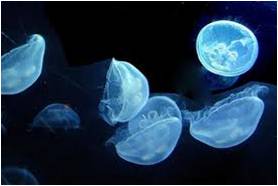 Day 4: we went to La Rochelle to visit the town and that was nice as well. My friend Harry bought a baguette, which he ate in half hour  although the bread was massive. We walked around the town a bit and then went to the aquarium and we saw lots of fish and sharks. They were cool and the shark was bigger than me.


And Kirby West (7G) writes about his trip:

My time in France was great, we had a laser show and we went to an aquarium and then we went to La Rochelle. The laser show was great: there were robots, smoke jets, water jets and fireworks. It lasted for an hour. After that I helped Miss Merle check the rooms.
Later that day we went to Futuroscope and spent the day there. The rides were all free and I went  to the bikes on the water and spent 10 minutes on there and then we went to a café with water jets outside. Me and James went to play on the water jets and got soaking wet and we had to dry off before we went on a ride. 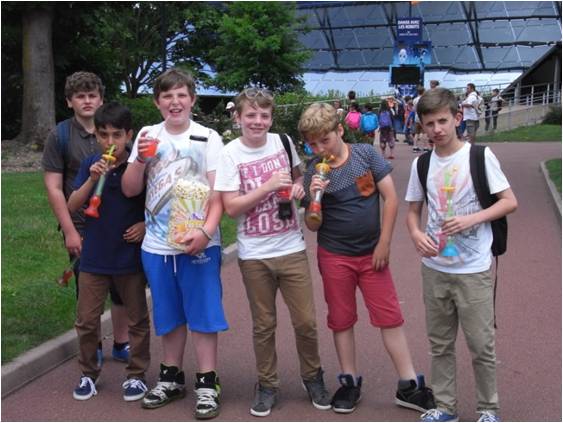 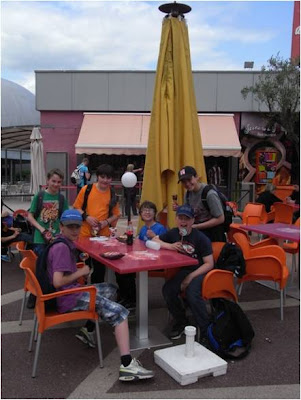 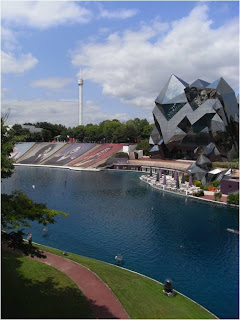 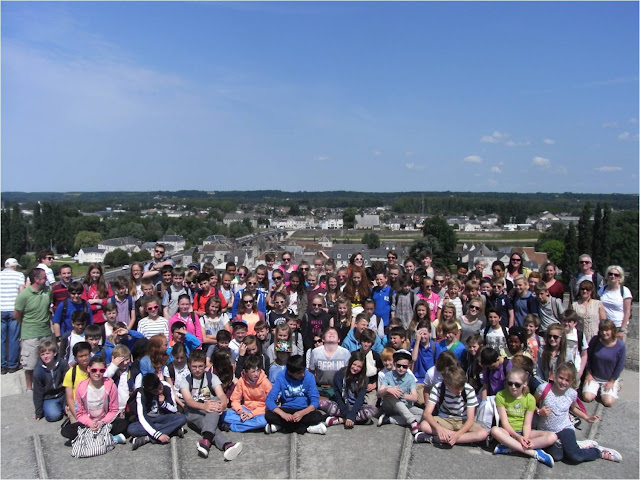 Posted by MFL Tomlinscote at 16:27