On Thursday, our students attended lessons with their partners in school again, and many had the chance to help out with the English classes of younger pupils. They were quizzed about their likes and hobbies by year 9s, sang songs and played bingo with the little ones from year 5 and debated abortion and internet dating with year 10 classes.
We were amazed by how much English the youngest learners understood already, with lessons being held almost exclusively in the target language. The older students showed impressive skills in speaking and could discuss various topics with considerable ease. Still, the British guests could teach them some new words and expressions, and made themselves useful. Frau Mahler and Frau Savochkin also enjoyed picking up teaching ideas. The A-team of teachers will be replaced tonight by Frau Allen and Frau Elliot, who will take the students to Ulm tomorrow. With the temperature dropping sharply today, they might even see some snow! 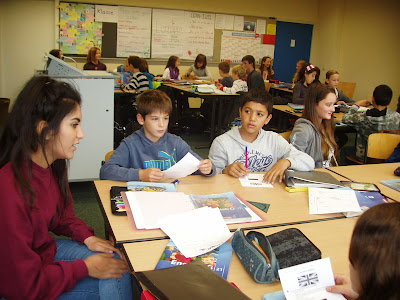 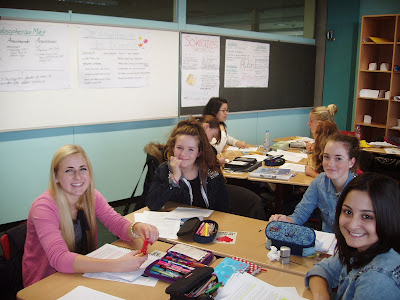 Posted by MFL Tomlinscote at 15:31