‘The City of the Three Cultures’ - A walk in Toledo city - 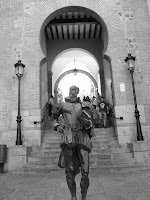 How was your summer holiday? Did you travel to other countries?

What do you know about the city of Toledo?

- I went to Toledo (in Spain) and it was so beatiful and interesting that I took some pictures to show you.

Before that, here is some basic information:

-      > Toledo is an unique place in the heart of the Iberian Peninsula. It is the capital of Castilla La Mancha (1 of the 17 Autonomous Communities of Spain).

-      >  Traditional sword-making and Steel-working center since 500 BC. It came to the attention of Rome when used by Hannibal in the Punic Wars. It was standard source of weaponry for Roman Legions.

-      > Its School of Translators opened the city and became the capital of European culture, of splendid intellectual activity, which promoted the King Alfonso X the Wise.

-       ‘Don Quijote de La Mancha’  was written by the famous Spanish writer Miguel de Cervantes in 1605.
The novel chronicles the adventures of a noble knight in La Mancha.
It is considered the most influential work of literature from the Spanish literaty canon. It appears high on international lists of the greatest Works of fiction ever published and it is cited as the best literary work ever written.

Toledo is well known for its peaceful historical co-existence of Christian, Muslim and Jewish cultures, so it is known as ‘The City of the Three Cultures’. This tolerance and respect among different cultures was a historic and very important event which Toledo is proud. 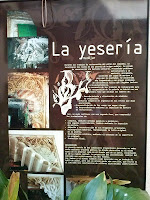 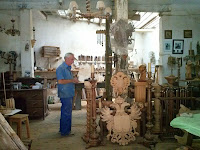 The handmade art of ‘Yesería’, is a technique of carving plaster for decorating buildings.
Walking through the streets, if you are lucky, you can see a real workshop. 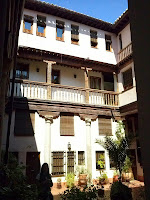 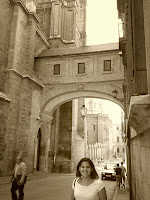 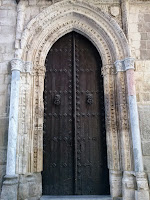 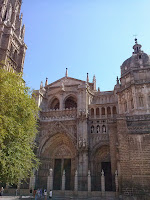 Museo de la Iglesia de Santo Tomé. You can visit some pictures of the painter, sculptor and architect EL GRECO; where is his finest work  The Burial of the Count of Orgaz 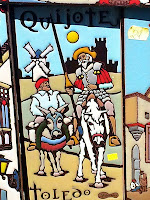 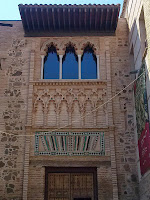 A ‘Botijo’ is used in summer to keep cool water

Toledo is well known for working wrought iron and other metals.

The arsenal, weapons and armors of The Lord of the Rings film were made in Toledo 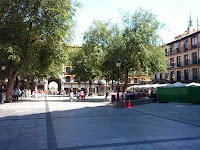 Plaza de Zocodover is the heart of the city 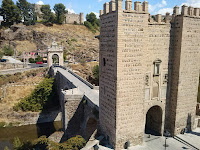 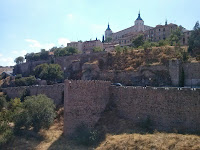 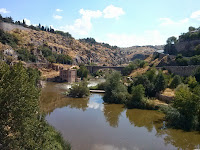 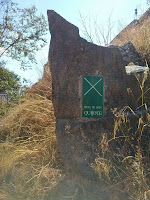 Do you know El camino de Santiago in Galicia? In Toledo you can walk La ruta del Quijote!

The Queen Isabel I de Castilla. 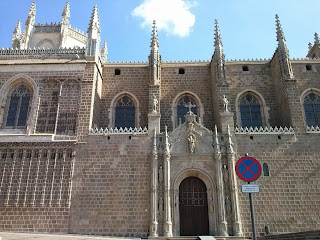 Posted by Natalia Ordoñez at 22:02