The German language play, written by Michael Müller, is a tragic yet comic story about an African youngster who has been living in Germany for five years and found friends and love. When it emerges that he and his family are living in the country illegally, the situation threatens to get out of control.

The author himself is the director and producer and has two superb young actors from the Schauspielhaus in Hamburg bring his story to life. They introduce their captivated audience to topics of migration, identity, dreams and search for oneself - issues which are just as relevant and important in the UK as they are in Germany and beyond.
Tomlinscote students thoroughly enjoyed the event and could identify with the subject matter. They asked interested questions and participated in a lively discussion with actors and author after the performance.
Three of our language ambassadors, Isobel Leigh, Patryk Mungai and Isobel Lambert gave a thank you speech in German to cast and producer.

The Jugendtheatertournee has already toured with "Über die Grenze.." in Dublin and Glasgow and will move on to London tomorrow to perform at the Goethe Institute (our PASCH partners who make these events possible with logistics and funding), before continuing their tour in the Netherlands and Scandinavia. We at Tomlinscote feel privileged to have had the opportunity to watch this brilliant play!
Here's a comment by one of our sixth formers:
"The play effectively showed the dangers that constantly threaten refugees even after escaping and was extremely realistic and thought provoking. It was also a great help to my German - thanks guys!" 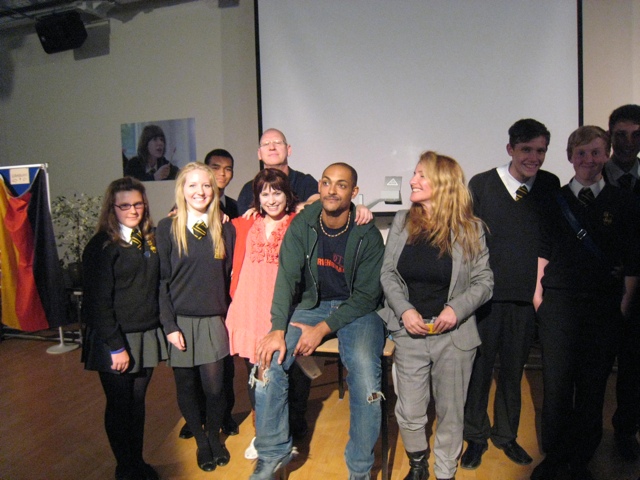 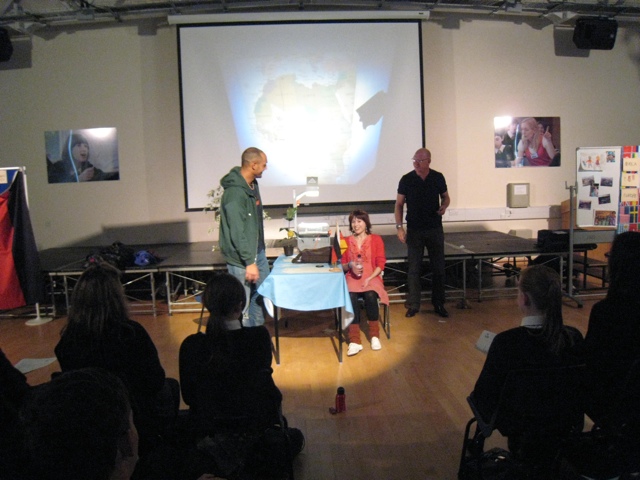 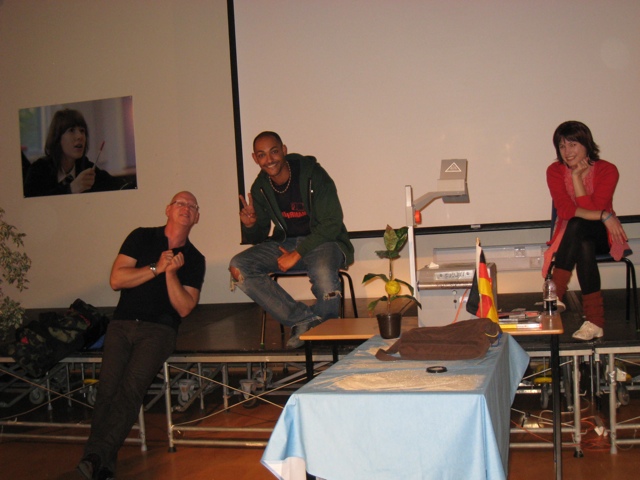 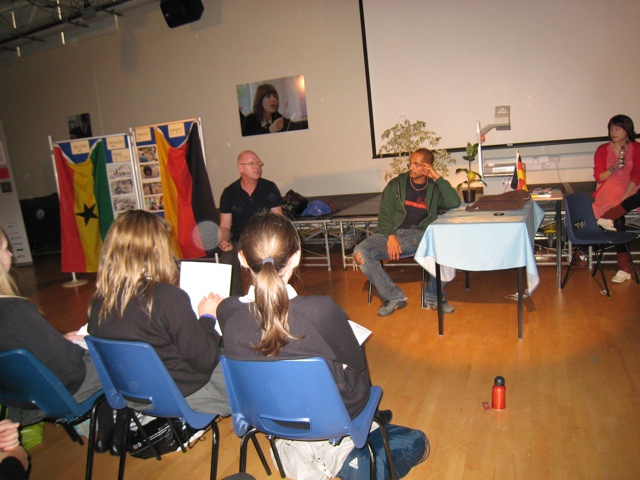 Posted by MFL Tomlinscote at 20:36