Today, after a continental breakfast of Brötchen, sliced meat and cheese and 'heiße Schokolade' the two coaches set off for different adventures: coach 1 went to Boppard and up on the scary chair lift to see   the river Rhine among the vinyards.
Meanwhile, the double decker went to the German grammar school Calvarienberg in Neuenahr-Ahrweiler where we were made very welcome by staff and year 7s, who chatted with our students in English and German about their interests, school and of course, the world cup. Star communicator was Jack Johnson who chatted fluently in German, charming our hosts. At break, they played an international match of football (Germany won - again!) After some more football-related worksheets, and many pupils exchanging details to stay in touch, we went into town to find lunch. Students used their language skills to buy Brezeln, Bratwurst, Eis and various goodies from bakeries.
To be continued... 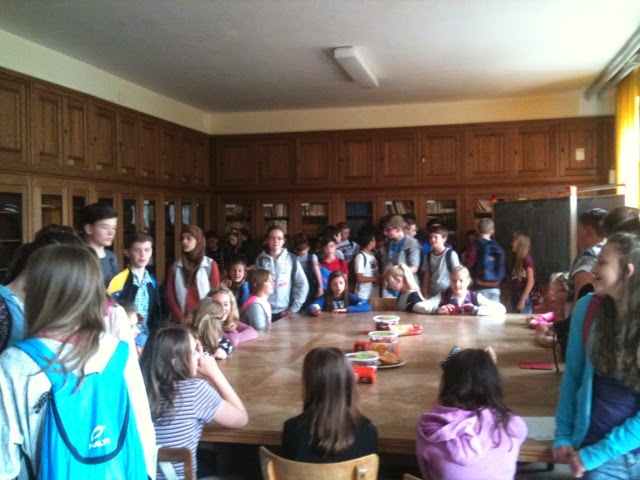 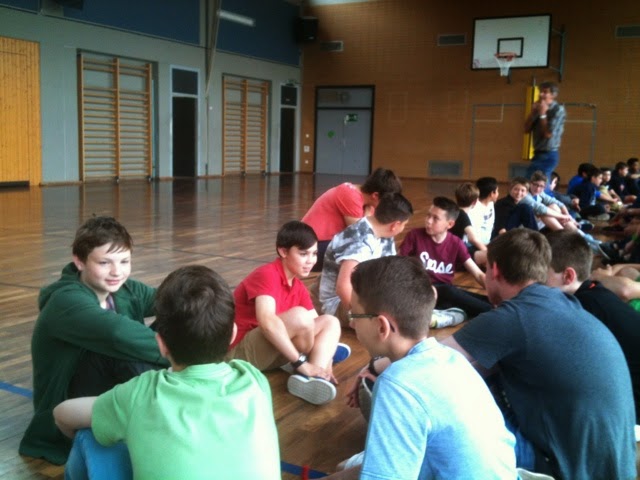 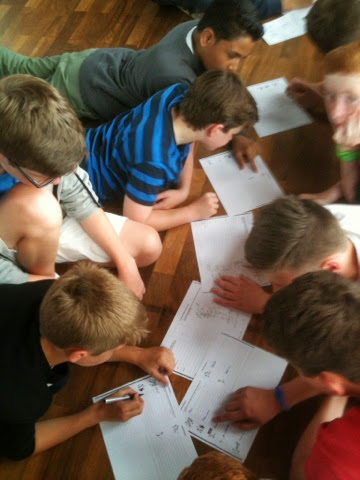 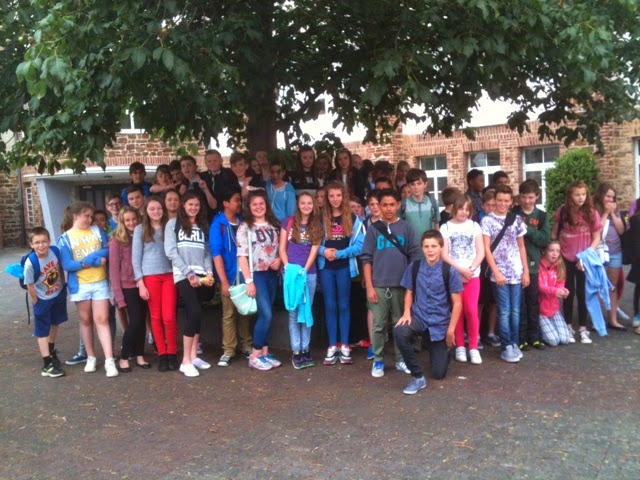 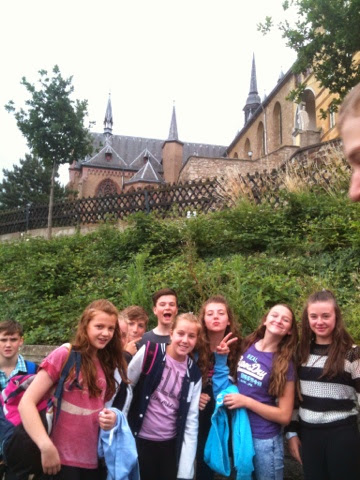 The trip on the coach to get to Germany was very long, but we saw lots of pretty nature around us. It was fun at the shops because we were given freedom about where to go and it was nice that we were trusted to get back on time. It was interesting at the school because it stretched our German skills and we got to see what schools in Germany are like.                Sophie Hand and Katrina Johnson
The school was very big and the students were very nice. They showed us around the school and told us what they do. They had a nice libary, the play ground had benches so the students could sit down and eat their snacks at break. The cafeteria had a good selection of food but the room could be a bit bigger because lots of people try to get in and when there are already people there they have to wait out side. One of the students told us what sport they do and said it very well in English. They do long jump, football, tennis, basketball and lots more. Strangely they do not do art because none of the teachers do art, they used to do it but now not. We are having a good trip so far, it took a long time to get to Germany but it was worth it.
By Juliana Aczel 7p 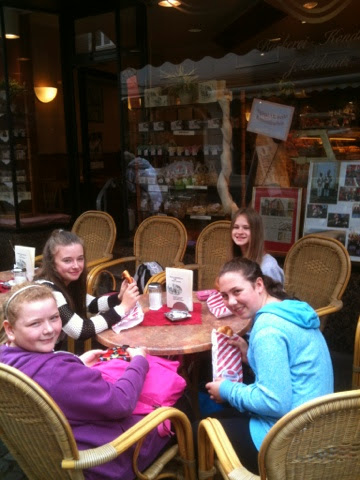 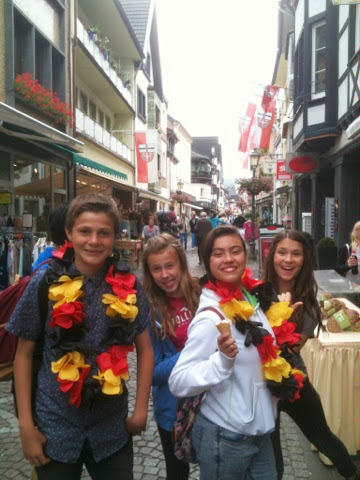 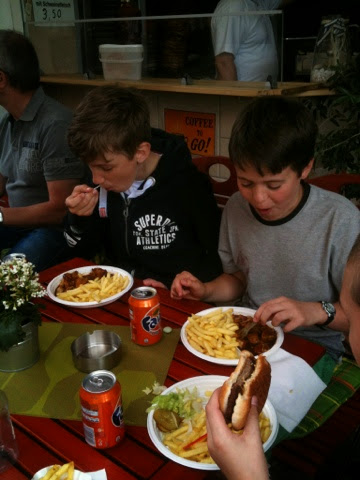 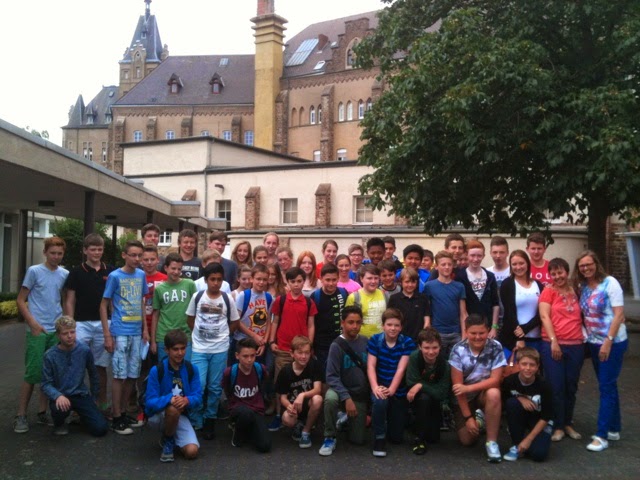 With some of the German students...
Posted by MFL Tomlinscote at 17:27