Today we went to the amazing Calvarienberg School, a school which strongly resembles Hogwarts with its several large towers. While we were there, we met the students of the school, and ate a typical german breakfast and introduced ourselves to the students. We next did a history activity with the students. After that we switched between printing our names onto a card in the schools printing room, and playing a fun PE activity with our new and old friends. We then left the school and went to the local town to have lunch and to browse the local area. Sadly for us, it was very rainy when we were in the town, causing many of our students to buy an umbrella from a nearby shop. We then returned to the coach.

By: Tom Marney and Scott Robinson 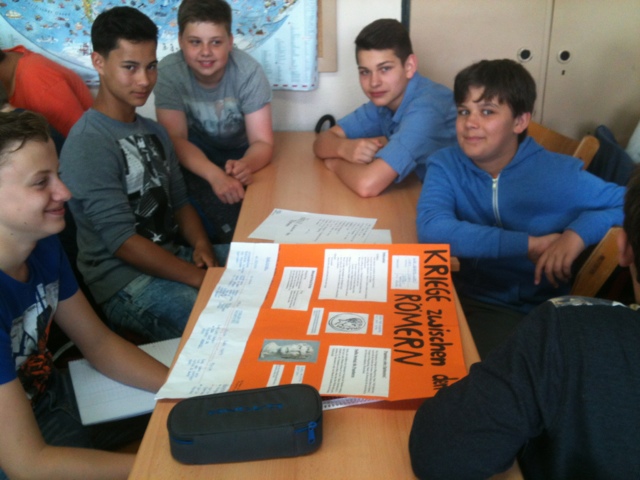 We loved how nice the school was and we bonded in both English and German wich we learnt off each orher.They helped a lot with the treasure hunt they made for us. The high light was the German breakfast.

By Oliver Littlejohn and ToTo Mazloom 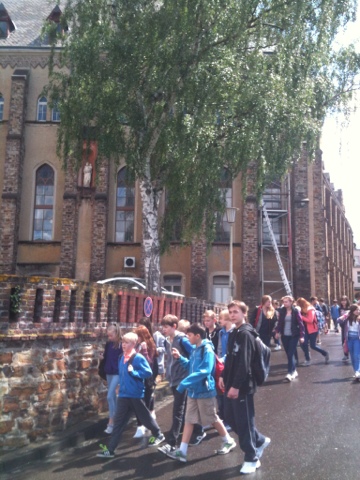 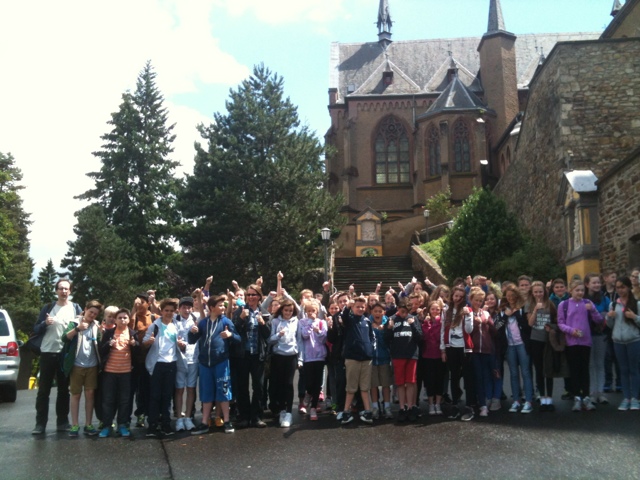 During our day at the German school, we tried a typical German breakfast which is very different to an English breakfast, but still nice.Also, we learnt how to print using ink and a machine that printed out the words onto a piece of paper. This was very interesting to learn about as I had never done that before and made it a very educational and fun trip for me. We played this game which we have never played before called the princess and the pea. In the game we were split into two teams, we had a soft ball and each team would get given a ball and we had to try and hit people in the other team. If we caught the ball that the other team threw over then we would jump onto a trampet and land on three mats, then we would throw the ball aiming to get it through the hoop. If so then people who are out will come back in. The winning team is whoever has the most people on the ground at the end. This was a very nice touch to the day 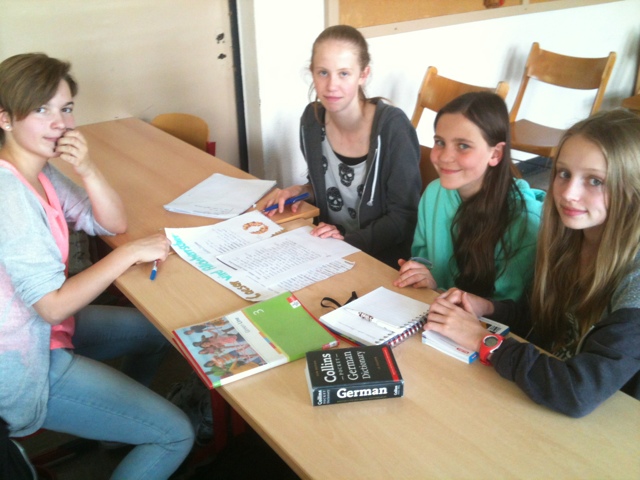 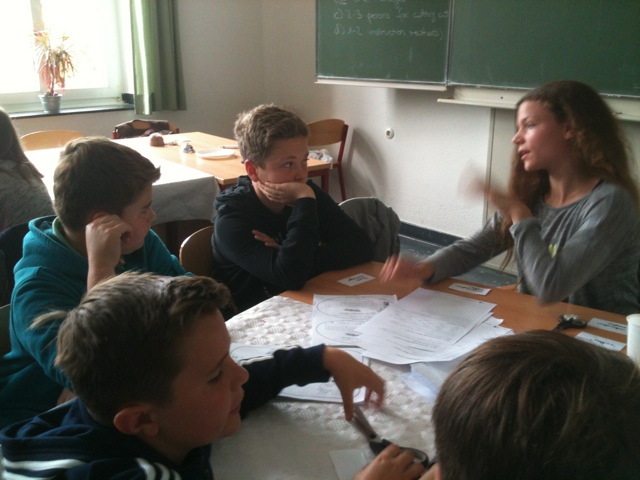 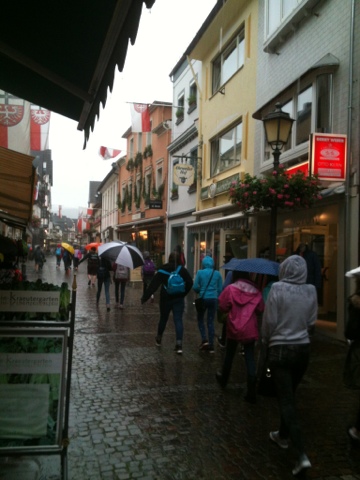 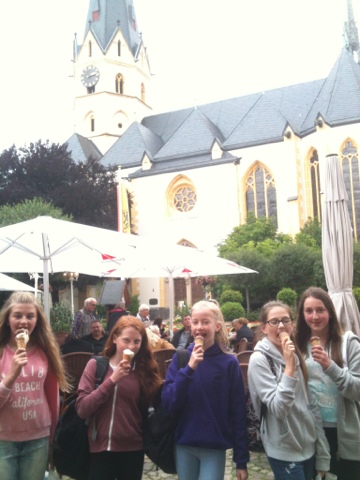 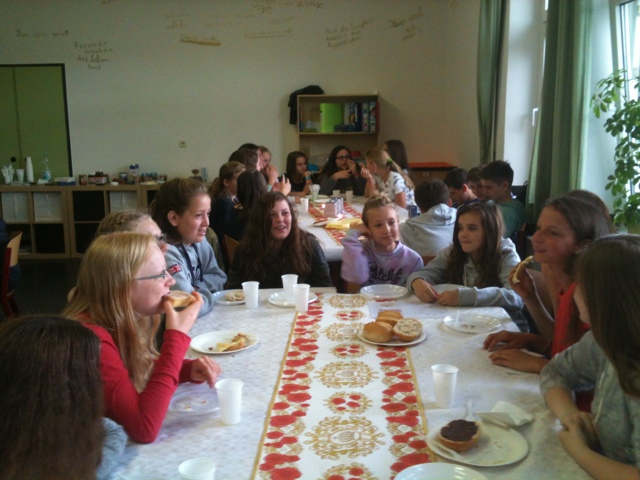 Posted by MFL Tomlinscote at 15:56