We're on the ferry home, having entertained (or freaked out?) the other coaches in the queue by singing and dancing along with the Flieger Lied, making the coach rock.
Soon the children will be reunited with their parents and staff can finally rest...
We've had lots of fun, too, and were impressed with the general behaviour of our children (although their table manners needed some refinement). Some have stood out with impeccable manners, thanking drivers and staff in English, German and Welsh.
They've been a joy to be with and have represented Tomlinscote School very well! 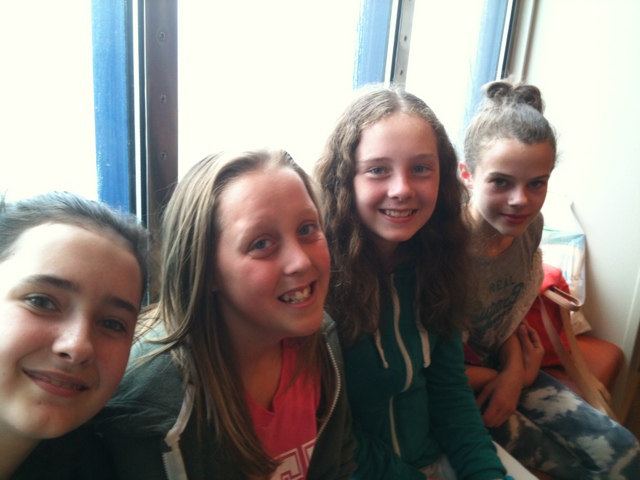 Here is another account of the visit to the school:

Going to the German School was fun and interesting. The students were friendly and really excited about us being there. First we went into a classroom and a German teacher told us about the school, which was good. Before the end of the visit we had a tour by the students and they were almost fluent in English. Their English was far better than our German they spoke clearly.
We spoke both German and English, and   both English and German students felt relaxed. I had a great time and I would do  it again.
By Eloise Scott 7Y

Some impressions of the day in school:

Posted by MFL Tomlinscote at 17:43